I have always wanted to photograph a surprise proposal.  This New Year’s Eve, I finally got my chance.

He and I exchanged various emails as to the best place for a proposal in Montreal and we decided on Place Jacques Cartier.  Situated in the heart of Old Montreal, it has a great European feel and and was beautifully lit for the holidays.

My role: I was to wander around pretending to capture architectural shots. When the couple showed up, I would ask them to stand in for a few test shots. When the moment was right, he would get down on one knee and propose!

So, in -15 degree weather, I set out with many layers of clothing and my camera for this exciting moment.  I played the part as planned. The couple approached. I set up my test shots and then it all happened so fast.  He was down on one knee, she was overwhelmed with emotion and surprise, and said “YES!”. It was perfect!

This was, hands down, one of the most fun photo shoots I’ve done. I loved the surprise, the planning and being part of the moment.

Here are a few of the photos… 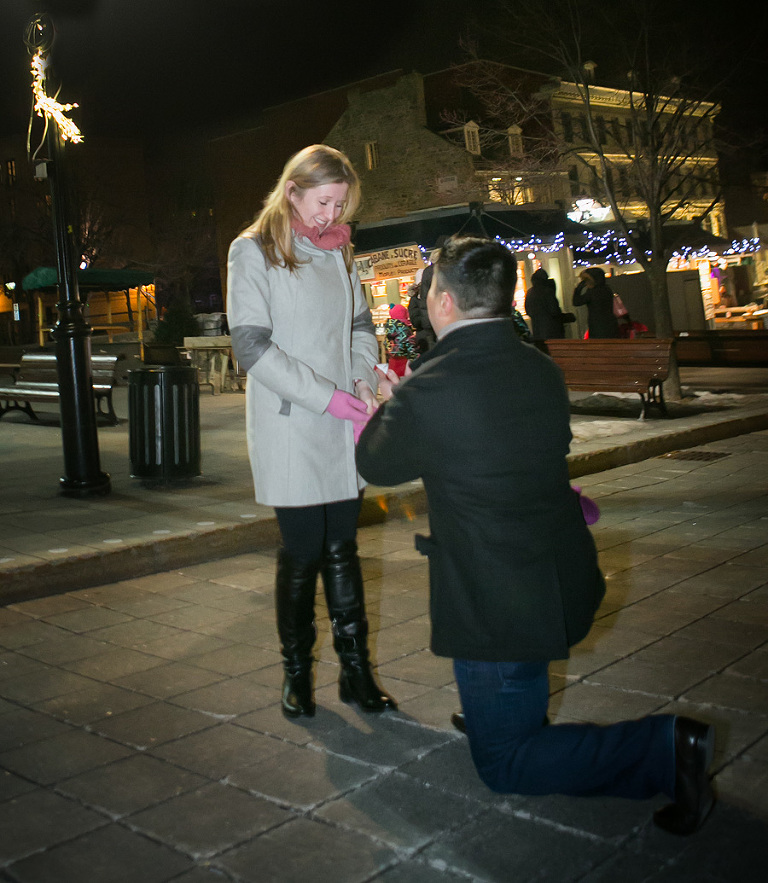 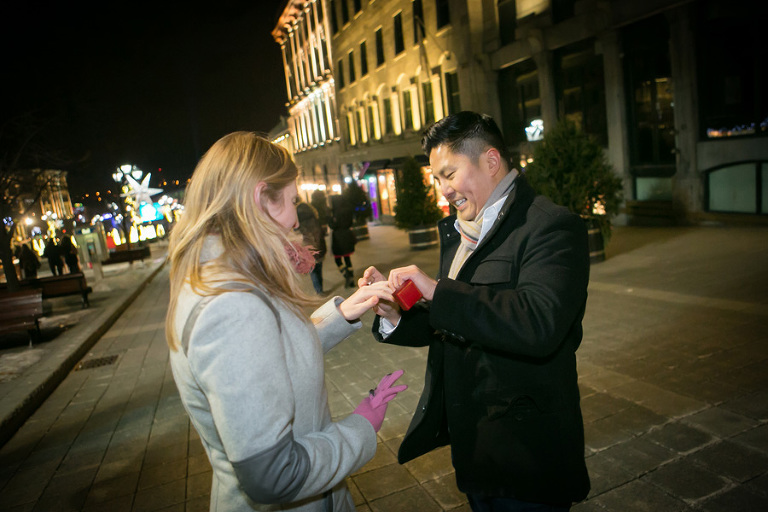 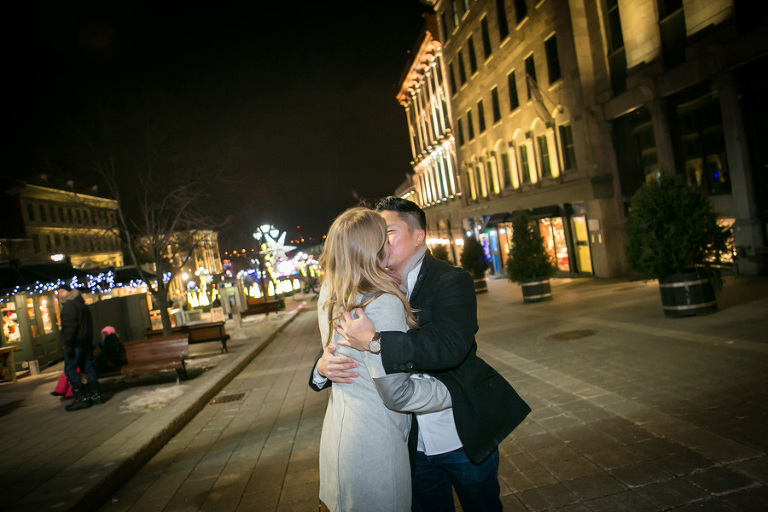 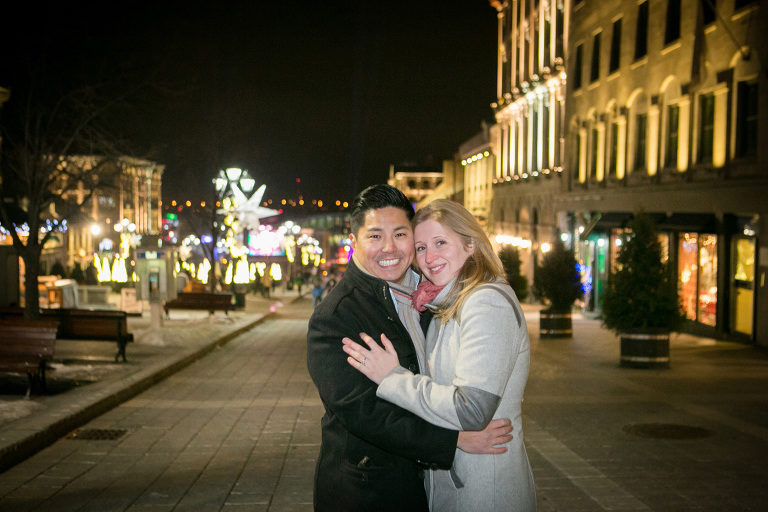 Jewish Wedding at the Hillsdale Golf and Country Club »